Heavily inspired by the tight controls of retro platformers, Killer Queen Black pits two teams of 4 against one another, as they strategically vie for victory on the battlefield. That’s where the strategy comes in, because each character has a role to play, and there are multiple ways to win a match.

Each team has a Queen who is able to fly, and attack with her stinger sword. The other players are Workers, who can use a variety of upgrade paths during the course of a match to become Soldiers wielding different weapons and boosts to stop their foes. Then there are the victory paths.

For instance, there’s the economic victory that will net your team the win if you manage to collect enough berries. There’s a straight up military victory if your team manages to slay the opposing Queen enough times. Then there’s the majestic snail victory, which if you manage to ride the snail out to the exit, you embarrass your foes with the slowest and most soul crushing victory in the game.

Killer Queen Black has been one of those indie darlings that has a strong reputation from years of convention outings, and it fits into that small category of games that I truly love, but never really get to play due to lack of friends owning it. Featuring online crossplay between Xbox, Switch, and PC, it feels like it could potentially get a huge influx into the player base, and that’s truly exciting. 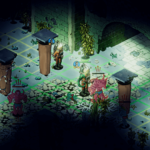 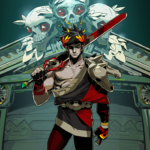