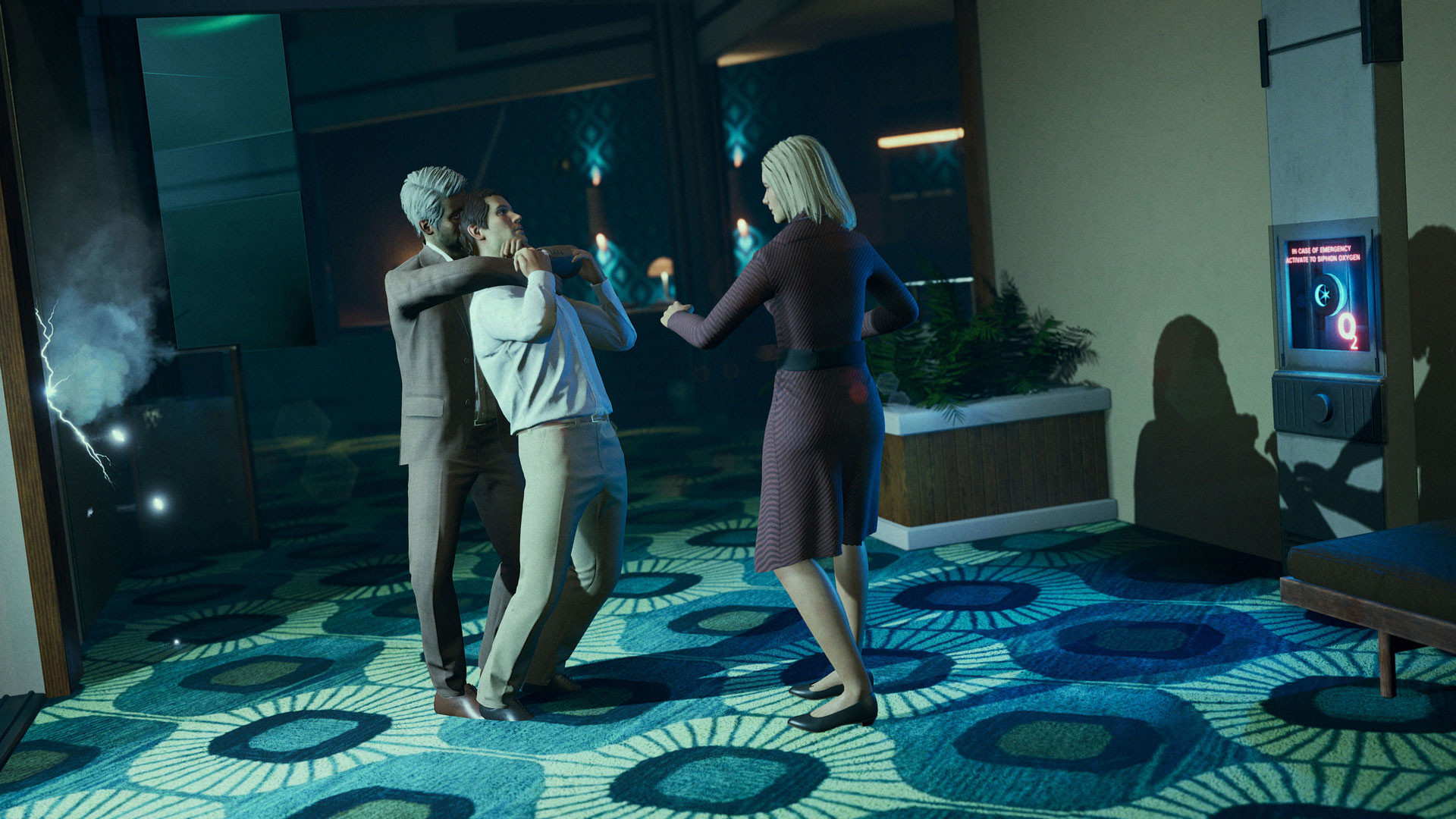 First Class Trouble – Worth It?

Social deduction games have long been a favorite of mine.

Ever since I played The Ship at a LAN back in 2006, I was hooked on the idea of playing with people in a more social context than shooting baddies, or ticking down flags in Day of Defeat. Since then I’ve always been interested in what the genre can become. SpyParty delivers a-symmetrical deception unlike any other game I’ve experienced, and Project Winter is a role-based deceptive masterpiece that only continues to improve with every update. Among Us became the biggest game in the world, thanks to its accessibility and free-to-play price point.

Today I’m jumping on board First Class Trouble with six of my closest frenemies. The real question – Is it Worth it?

First Class Trouble is a social deduction game that puts six players aboard the ISS Alithea, an intergalactic luxury cruise ship in this psuedo-50’s sci-fi world. A disaster has struck and the passengers must band together to shut down CAIN, the Central Artificial Intelligence Network. However among the passengers are two Personoids; androids who want to keep CAIN in control and will do whatever is necessary to make that happen. This puts the passengers in the position of deducing who are the Personoids and who can be trusted, and it creates a rather interesting dynamic that only grows in complexity as your knowledge of the game expands.

A round of First Class Trouble takes place over three decks of the cruise ship. The opening floor is always the passenger deck, with each player beginning the round in their own room, as they search the surrounding areas for the three keycards needed to progress to the next deck. Once all three keycards are inserted into the elevator, the group moves on to the middle deck which is always a randomized location. If the group manages to survive and collect another three keycards, they can progress to the final deck, the Server Room.

If the group does make it to the server room, all passengers need to make it across to CAIN’s terminal, and all interact together to shut the system down. If all of the participants are passengers then they shut down the system and win the game. Yet if a single one of them happens to be a Personoid, the system remains on and the passengers lose.

When you’re first learning the game, it may seem that all the Personoids need to do in order to win is play by the rules, and make it to CAIN’s console. It’s not that easy however, because along the way the Passengers can find some very valuable information.

Enter the passenger logs – a randomized log that will help the group deduce who among them is potentially a Personoid. For example picking up this log gave me four names, and it revealed that at least one of them was a Personoid. I told that to the group, and we marked them accordingly in our menus to remember the information. It seems that some floors potentially have more than one passenger log, and this can quickly cause issues for the Personoids.

But how does the group know that I was telling the truth? Maybe I wasn’t. In-between decks the game has a quick chance to vote someone out, and potentially reveal the passenger log to the entire group. If I had lied, and they had remembered, they for sure would think I was sus. However, if I had lied, and the passenger log was not revealed, then I could have potentially thrown them off the trail.

This makes Passenger Logs incredibly valuable, but the desire to obtain them can lead to some revealing behavior. Why did Vallen just start sprinting into every room searching for the logs so quickly? Is he trying to to help the group, or perhaps sabotage the logs if he was a Personoid. Old mate Blue sure did find all those keycards quick and progressed us to the next deck before we got a chance to find the logs and do some detective work. Maybe he’s worried that his name will be on that list.

Many of the rooms containing items and Passenger Logs will be locked behind some fairly basic skill checks. Some will require two people to press a button at the same time, others require explaining symbols to each other to input on a screen, and others are speedy click checks that are quite easy to fail. This can immediately create distrust among the group, because while it is easy to fail, it is also very convenient to fail if you happen to be a Personoid. This creates an immediate sense of tension, especially if a player is required to go into the airlock. One player will be responsible for holding the airlock open, continuously succeeding at the click check while the other rummages inside for power items, or a needed keycard. It’s very easy to mess this up, slamming the airlock door shut, and ejecting your fellow passenger into the far reaches of space. A level of trust is needed, but is also very easily broken.

While searching and deducing is terribly fun, the group also needs to deal with a series of environmental hazards along the way. There is an oxygen level that is constantly draining, fires that block access to essential areas of a deck, electrical hazards which could instantly kill someone. There is always something pulling at your attention, which makes it incredibly hard to keep track of getting the keycards, following your suspects, and general survival.

You do get a few perks as the Personoid. Passengers have proximity-based voice chat, while the Personoids can secretly talk via a secure channel at all times. They can also access secret exits, brute force their way into locked rooms to potentially sabotage information, and retrieve the almighty syringe. Securely locked in Personoid-only pods, these syringes are on display for everyone so obtaining one can be quite a challenge. One simple dose of what’s inside though will kill a passenger instantly. That’s quite the contrast to a regular kill move, which requires one Passenger to grab the target, and another in the party to initiate the killing blow.

So in those early games when everyone is learning the game, it’s feels like First Class Trouble is heavily weighted towards the Personoids. Their ability to sabotage the oxygen supply, use environmental traps as cover for their murder sprees, and that one time Macrobat dropped a chandelier and wiped out two people, it was fun but tough. For our first hour of games the Passengers never even came close to winning. But as we started to see the meta, and how important the passenger logs were to corroborate shady actions, it started to feel like First Class Trouble has a little more balance than what is immediately apparent.

First Class Trouble does suffer from the same issue that all social deductions games experience – it requires the players to buy into the fun and put on a performance.. If people roll into a server and just start bullying people, or aren’t really into the idea of placing seeds of doubt, it just doesn’t work. Unfortunately I’ve already experienced quite a bit of that in the community, unnecessary griefing, toxic behavior, all the same issues that you see in Among Us and Project Winter. To that end, I would make sure you have a good group of friends to play with, friends who are into the premise and are willing to buy into the requirements.

Having said that, First Class Trouble requires six players to get off the ground. Not UP TO six player, you cannot start a game without six participants. Thankfully we managed that with ease thanks to all the good people hanging out on our Discord server, but that hard requirement could hurt you if your circle of friends is smaller, or larger than that. Not something that I’d say is a problem, but it is something that you need to consider before making a purchase.

There are some player customization options for your clothing and items for your room, and they all feel a little bare bones right now. My concern here is that First Class Trouble has such a neat aesthetic, I really hope that they don’t go too crazy on the hat system here because a big part of why the game works is the aesthetic. It wouldn’t stop me from enjoying the game, but I’d hate to lose that vibe.

But the big problem right now is the friend system. First Class Trouble doesn’t use the Steam Friends List right now, so you are required to manually add people and that bugged out for quite a few of us. We’d add one person, then try to search for another and it would serve no results until we rebooted the game. We also had the audio devices drop out on three of our players during a round, and a game restart was needed to rectify the issue. The problems were infrequent, and the developers have already stated that Steam Friends List integration is coming, but as of the first Early Access release, know that this is waiting for you.

But overall, I really love First Class Trouble. It strikes a good balance of more mechanics and requirements than Among Us, but less of the role minutia that Project Winter brings to the table. It has a great balance of detective work, and silly champagne-bottle throwing for the LOLs that just creates a beautiful mix of chaos and brilliance that kept us laughing for hours on end. First Class Trouble is an extremely solid foundation, and if they can keep adding new items, decks, and refining the balance, I think we’ll have something really special on our hands.

If you have the friends, or a community willing to buy it, then First Class Trouble is worth it. 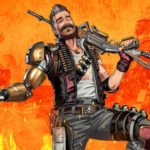 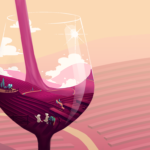