Zero. That’s how many special songs were made for the Turtle’s Paradise side quest in the original Final Fantasy VII. After all, why would there be any? The quest had so little to it. You’d collect six flyers, scattered throughout the world, then report back to the Turtle’s Paradise pub in Wutai for modest rewards. End of story. Zero is an acceptable number of unique, original songs to accompany a quest so inconsequential.

Seven. I counted seven original songs for the equivalent side quest in Remake, which comes as part of the new DLC episode, INTERmission. There may even be more than seven. Reimagined as the Happy Turtle, the Wutaian pub now has a mascot stationed in Midgar who promises a reward for finding the six flyers scattered around Sector 7. Near each flyer sits an old-timey gramophone, playing a unique interpretation of the Happy Turtle theme song, and they’re all vastly different. From a 1950s starry-night ballad, to metal, to something approximating Billie Eilish, every one of them is well-produced and memorable in their own right.

It’s this astounding capacity to take something minor from the original Final Fantasy VII and go above and beyond to expand on its potential that made 2020’s Remake so special, and INTERmission offers the encouraging suggestion that Square Enix intends to continue this approach into the project’s future.

INTERmission introduces the young ninja Yuffie. An optional, missable party member in the original game, her starring role here proves a smart means of introduction. As a protagonist, her vibrant energy is a welcome palate cleanse after the cold, curt Cloud.

The youthful exuberance of Yuffie also contrasts nicely with the slightly older and more reserved Sonon, a fellow Wutaian soldier with whom Yuffie teams up to steal powerful new Materia from Shinra, in a story that runs parallel to the events of the main game.

In a fight, they’re just as complementary. Though only Yuffie is directly playable, Sonon provides valuable support and can be issued commands for actions and powerful team attacks. INTERmission furthers Remake’s achievements in making each character unique in battle, and Yuffie’s move set is like a fusion of Tifa’s fast pace at close quarters with Barret’s effectiveness at long range. She’s an absolute joy to use.

Yuffie’s weapon of choice is a giant shuriken, which she uses like a blade when at melee range. From a distance, a tap of the throw button will send it flying into the enemy, where it stays, spinning furiously to deal damage over time. With the shuriken out of her hands, Yuffie’s primary attack switches to the magical Ninjitsu, which is best done at range and can be elementally infused to target specific enemy weaknesses. Pressing the throw button once more prompts Yuffie to leap back in and retrieve the shuriken, and continue the melee assault.

The constant dance between frenetic melee and ranged Ninjutsu is immensely satisfying. Knowing when to use each approach can help build the stagger meter more effectively and brings a welcome layer of added complexity to battle. Much like with Remake proper, the combat system shines extra bright when played on hard mode.

Though INTERmission adds just two chapters, both bring a generous amount of side content. Alongside the Happy Turtle quest there’s a new box-smashing challenge, and the Fort Condor mini-game from the original Final Fantasy VII is reintroduced with a few fresh wrinkles. It’s still tower defense, but instead of playing out as a real skirmish against Shinra, it’s now a sort of board game, with collectible pieces and there’s even a tournament to enter.

As someone who found Blitzball boring and Triple Triad tedious, I’ve never quite clicked with most mini-games of Final Fantasy past, but INTERmission’s Fort Condor sucked me right in. Mechanics are based on an accessible paper-scissors-rock system, and sessions last long enough to feel satisfying but don’t overstay their welcome. The fun of winning battles, collecting new pieces, and customizing my load-out added significantly to my total playtime.

By the time the credits rolled I was at just under twelve hours, though it should be noted I play this kind of thing at a glacial pace. No NPC conversation is passed by without comprehensive eavesdropping, every stunning vista must be slow-panned and all side content bled dry.

For its mere two chapters, INTERmission did an admirable job of making me care for both Yuffie and Sonon, and for the most part, managed to land the more emotional moments. The final cutscene lays out an enticing path for Yuffie’s inevitable encounter with Cloud’s party, and as with the ending of Remake proper, teases some curious deviations from the original game’s story.

With no information on when the next installment of Final Fantasy VII Remake can be expected, or what it will even look like, INTERmission is a sigh of relief for anxious fans. The wait may be agonizing but for now, the team at Square Enix has once again proven this beloved property is in safe hands.

Mark is our resident PS5 connoisseur, who dives into the hills of the finest that PlayStation has to offer, and delivers thoughtful criticism. 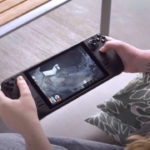 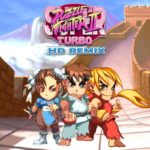 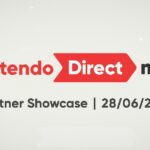