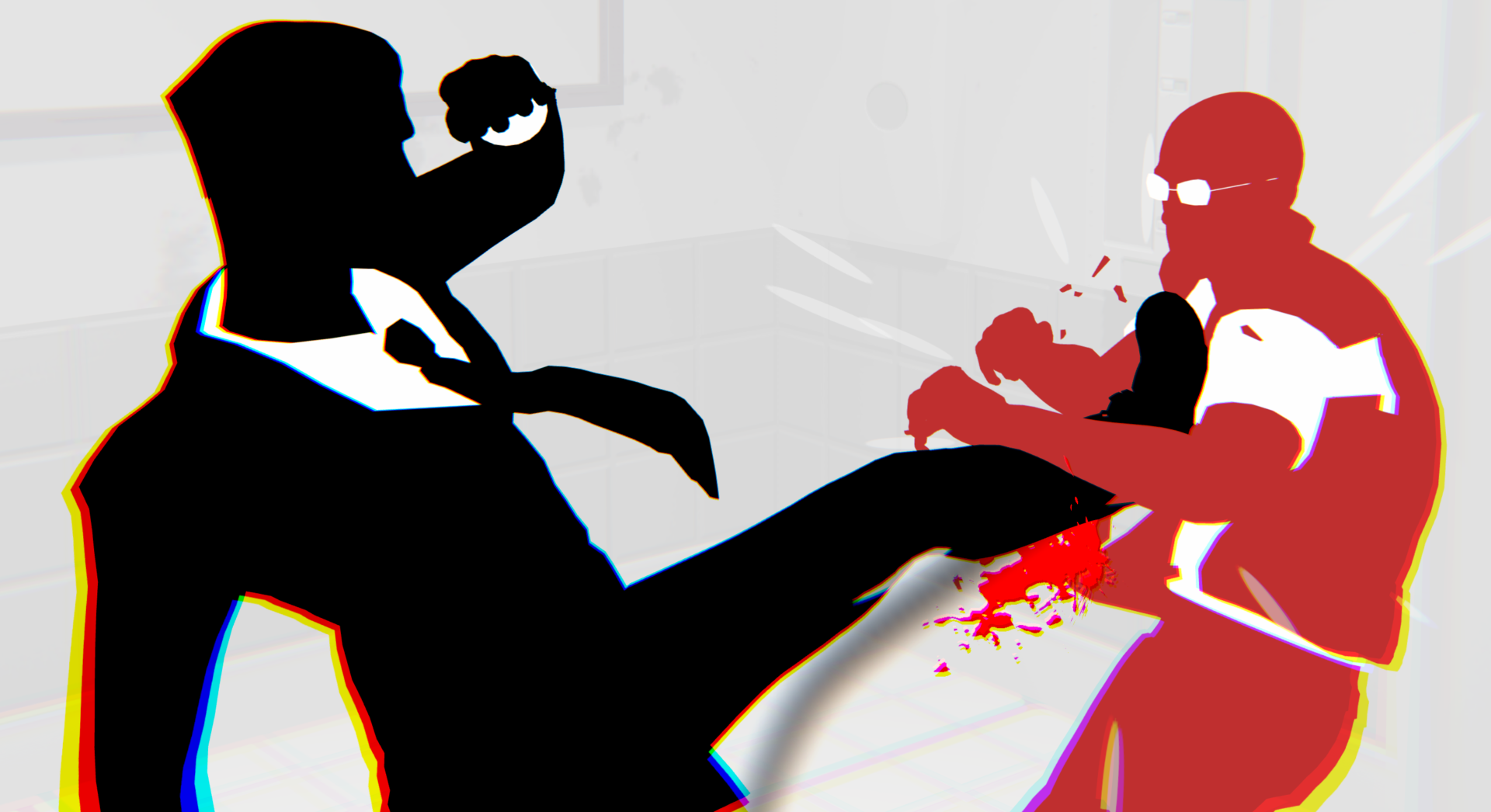 Fights In Tight Spaces – Worth It?

In a world where every game is a deckbuilding Roguelike, creating something truly unique is no easy feat. Ground Shatter’s Fights in Tight Spaces is a turn-based tactical card game that takes the blueprint of other Roguelike card battlers, and lets the actions play out as thrilling fights in cramped, confined, some would say, tight spaces. That’s quite the elevator pitch and it even boasts a developed and eye catching style, but we’re here to ask: is it worth it?

To start off, let’s distill things down a bit. Imagine you took the deckbuilding of Slay the Spire, the planning and information of Into the Breach, and tinge it with a little James Bond meets John Wick. Throw it into the Superhot art style and you have a pretty good approximation of what Fights in Tight Spaces is trying to do.

You play as a faceless agent in Section 11, the team who is called in when digital espionage fails and an old school touch is needed. The beginning of a run will let you choose from a series of five missions, each that set the tone, locations, and enemies you will encounter. From there you embark down a long line of tight spaces that are made for fighting, as you kick, punch, and push your way through each location until you reach the boss.

Each of these missions really sells the idea of this being a major event. The opening has you taking down the foot soldiers of a Nordic biker gang in Tattoo Parlors, Bars, seedy alleyways, and bathrooms. If you’re skillful enough to make it to the end, you will face off against the gang leader with the outcome determining the gang’s drug trade. For the most part the story is just set dressing and told in a matter of seconds, but having this objective and enemies themed to the setting really made each run feel like I was working towards a bigger goal.

When beginning a run you will also get to choose from four starting decks, each completely changing the way you will approach the combat in the game. There’s the Balanced deck, which gives you a good mix of aggressive and defensive options, the Defensive deck that is geared towards counter-attacks and soaking damage, and the Aggressive deck with is filled with the coolest moves such as spin kicks and jumping off walls to slam your foes. There’s also the Trickster deck, which is filled with unconventional methods for an enterprising agent. These starters really showcase just how diverse your options can be in Fights in Tight Spaces, and across my ten hours with the game so far I still jump around each depending on which mission I am playing. While it may not be as crazy as moving from The Ironclad to The Watcher in Slay the Spire, it does a good job to show that there are different builds to match your playstyle in interesting ways.

Which leads us into the combat, a skillful dance filled with thrilling moves and choreography that would keep Keanu on his toes. Moving along the path that occasionally branches you will enter locations to fight, which play out across stark white isometric grid environments that are really striking. You have a hand of cards, each performing a series of moves such as punches, kicks, movements, and blocks. Instead of mana your card resource is called Momentum, and each card has a cost to be paid. With each successive combat maneuverer, you will also be building a combo meter, and certain cards will require a certain combo level, or will deal extra damage the higher your combo level is. Each movement action such as Slip, or Dash, will lower your Combo Level which makes each movement something that you truly need to consider.

While it’s certainly easy to wrap Fights in Tight Spaces up as “Slay the Spire but…”, it actually plays out more like Into The Breach, because your foe’s actions are completely telegraphed and known before you take your turn. You will know if the guy with the gun is going to shoot. You can see that if you enter that tile you’re going to be grabbed or shoved. You know that this guy is going to hit you for 5, and you can calculate your chances of taking him out with a counter-attack and a heavy block. This goes even further to scratch that very cerebral itch that every battle is a calculated puzzle, and that each action carries weight.

But Fights in Tight Spaces doesn’t really do a great job of surfacing that information clearly sometimes. More times than I can count, I was caught off guard thinking I had read the room only to see that I had mixed up the numbers. Sometimes due to the perspective, I missed that if I entered that spot, I would get hit. Now granted, some of this is due to me and negligence, and it’s worth noting that you can rotate the camera to view the room from all perspectives. However, in Slay the Spire when I messed up I always knew it was my own fault. In Fights in Tight Spaces sometimes I feel that it just doesn’t present the information as clearly as I would like.

At the end of a successful fight you are awarded some cash, and potentially some new cards for your deck. Each of the fights also has some bonus objectives, such as finishing the fight in a certain number of turns, or building a combo of a certain level. While these are nice once you’re deep into the game, I suggest you go hard for these even while learning, because you are going to need as much cash as you can grab.

Moving along the path after successful fights is also a tactical decision that can be the difference between success and failure. Along the way you will have a chance to visit locations such as the Medical bay to heal and even increase your overall health, or you can head to a Gym to purchase new powerful cards, ditch some of the starters, or upgrade your favorites. Choosing which branch down a path you’re going to pursue three fights out can often end up with you desperately needing that Medical bay instead of that Gym.

The issue is that the prices of these services feel completely unbalanced. Often I could only afford to heal once in a run, or purchase a single card. This is definitely an issue right now, but thankfully it didn’t ruin my enjoyment of the game, I just had to plan for it. The developers have specifically pointed out that this is a point that they are working on, and one of the reasons the game was launched as Early Access. Given how polished the rest of the game feels, I have no doubts that they will work this balance out easily.

In addition to the Medical bay and Gym, you will also stumble into Events that play out with some text, and a choice. Often this is a heavily weighted choice that give you some great risk for potentially great reward. These events are a little hit and miss. As an elite agent I once had an event where my colleagues were throwing me a surprise party, and I could feign surprise, or sneak in, choke them out, and eat cake alone. THAT was fun, and I got a nice little bonus along with my chuckle. But others are along the lines of “It’s your monthly review, should you ask for a raise?” and that feels a bit meh. I’d like to see these events inject a little more personality into the game, not that it’s lacking, but that Birthday event really stuck with me, give me more of that.

The randomization of a run feels decent, however when you get two Tattoo Parlors in a row it starts to wear a little thin. The occasional appearance of an Ambassador whom you have to protect spices things up in a fun way, but overall a few more random extras here, and some rejigging to minimize the same locations sequentially would be great.

Now this next point is going to be a good or a bad thing depending on your proclivities. The deckbuilding of Fights in Tight Spaces feels more constrained than something like Slay the Spire or Monster Train. In those games you begin your journey with a small deck, that you will add to, prune, and upgrade over time to be unstoppable. Fights in Tight Spaces starts you out with a deck of 15 cards at the onset, and you will add to it from there. Pruning your deck at a Gym costs too much in the current economy, but to be honest I never really felt like I needed to make my deck leaner. As long as I had a healthy balance of block and attack cards coming in when choosing which cards I wanted as a reward, I felt like I always had options at my disposal. Now depending on what kind of player you are, that’s going to be a point of contention. If you just want easy deck management and cool fights with the strategic elements, then Fights in Tight Spaces is a perfect onboarding into the world of deckbuilders. However if you’re a Slay the Spire veteran, or are heavily into games like Hearthstone or Magic The Gathering, then this could be the downfall. For what it’s worth, this is another feature that the developers have said they will be addressing after player feedback, so this is definitely subject to change for the full release.

Finally, I just want to talk about the cool factor. Fights in Tight Spaces is just so damn cool. It’s sleek design and eye-popping splashes of color are immediately striking, but also helpful to parse out the information for those technical fights. At the end of a battle you also get the chance to watch a replay, which takes out all the decision and card playing and just shows you the awesome choreography. This is hilariously bad ass. You have characters moving and shuffling awkwardly before pulling of amazing feats of prowess, and it sticks out as just one of the cooler moments I’ve had with a game in quite some time.

Fights in Tight Spaces is a pleasantly unique mashup of deckbuilders and tactics, wrapped up in an instantly fun skin that strays from the bevvy of fantasy deckbuilders that flood the marketplace. It’s blend of bad ass combat and decision-heavy card play make it an absolute winner in my book. I’ve already put 8 hours into this Early Access build, and I’ve only made it half-way through the second mission. With more updates on the horizon, promises of economy balancing, and more deck control, I can happily say that Fights in Tight Spaces is worth it.

Where The Heart Leads is a game that...

First Class Trouble – Worth It?

Tasomachi: Behind the Twilight is Breath of the...